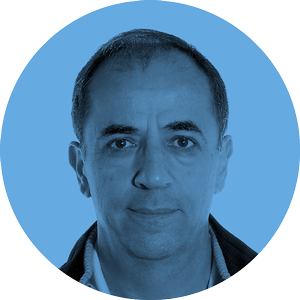 Carles Pedrós-Alió completed his PhD at the University of Wisconsin-Madison, United States. He has worked for 25 years at the Marine Sciences Institute (CSIC) in Barcelona. Currently, he works as a research professor at the National Center for Biotechnology (CSIC) in Madrid.

His scientific interest lies in understanding the ecology of aquatic microorganisms. He has carried out oceanographic cruises in the two polar regions, in the Mediterranean Sea and in the Atlantic Ocean. He has also worked on extreme systems such as the salt flats in Atacama, or the hot springs along the Andes. Lately, his interest has focused in the use of metagenomics and metatranscriptomics to study microbial communities. 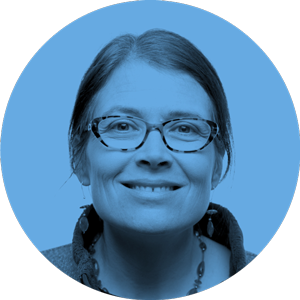 Her research program quantifies biodiversity in time and space, and relates emergent patterns to environmental drivers and physiological tolerances of species. Her overarching goal is to inform sustainable conservation solutions. Two of her papers have been included in the top 30 most highly cited in the field of biodiversity and climate change research from 2012 to 2014 and were highlighted as being a “hot topic”. Bates also has a strong in interest in communicating science and has been invited to address the European Parliament in an event organized by Global Ocean Observing System (GOOS) on challenges associated with monitoring ocean biodiversity. She has published numerous reference papers linking physiology and biodiversity patterns from habitats ranging from the deep ocean to Antarctica.

“Climate resilience in marine protected areas and the ‘Protection Paradox’”

Protected areas can foster resistance and recovery under climate variability. Mechanisms arise from protection-related increases in food webs, habitats and diversity of communities and populations. Yet species protected from activities such as fishing can also be vulnerable to climate stressors – the ‘Protection Paradox’. While the only primary option for reducing the impact of climate change on protected areas is to reduce carbon emissions, strategic networks of protected areas that plan for climate change are needed. MPAs and monitoring within these networks will quickly advance our understanding of current and likely future changes, and act as “labs” for stakeholders and general public engagement to adapt to climate change. 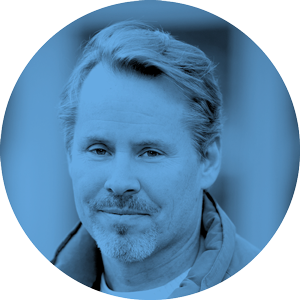 Professor Martin Jakobsson research includes the oceanographic and geological history of the oceans; specifically, the Polar Oceans and the evolution and dynamics of sea ice and marine ice sheets. He applies geophysical mapping methods to study the seafloor and he has specialized in the development of Digital Bathymetric Models (DBMs). Jakobsson serves as the Chair of the International Bathymetric Chart of the Arctic Ocean (IBCAO) Editorial Board.

He has participated and led numerous icebreaker expeditions to Arctic and Antarctic waters. In 2011, he was awarded the International Arctic Science Committee (IASC) medal in recognition of his Arctic research. Jakobsson is a Professor of Marine Geology and Geophysics at Stockholm University. He is an elected member of the Royal Swedish Academy of Sciences, the Swedish Royal Society of Naval Sciences and the Norwegian Scientific Academy for Polar Research. He served as the 1st Vice President for the Royal Swedish Academy of Sciences between 2016 and 2019.

“What will be revealed if we map the Arctic Ocean seafloor?”

Seabed 2030 is a collaborative project between the Nippon Foundation of Japan and the General Bathymetric Chart of the Oceans (GEBCO). The ambitious goal is to have the World oceans mapped until year 2030. The project organization is inspired by the International Bathymetric Chart of the Arctic Ocean (IBCAO) project, where the work is focused on an ocean region for which experts are gathered. Seabed 2030 has established four Regional Centers and one Global Center where all regional bathymetric compilations are merged. The Arctic – North Pacific Ocean center is jointly hosted by the Univ. of New Hampshire and Stockholm Univ. I will present the new Arctic regional bathymetric compilation IBCAO Version 4.0 and results from the Ryder 2019 Expedition with Swedish Icebreaker Oden to the previously unmapped Sherard Osborn Fjord, where Ryder Glacier drains a sector of northern Greenland Ice Sheet to the ocean. The role of bathymetry for the dynamics and stability of Ryder Glacier and what more can be revealed when the seafloor is mapped will be discussed. 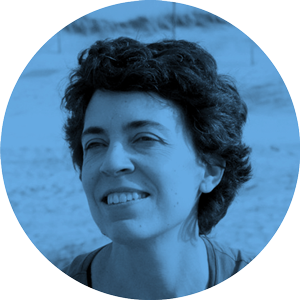 Belén Martín Míguez has been deeply involved in the development of marine observational networks at European and international level. From 2006 to 2009 she worked as sea level expert at UNESCO’s Intergovernmental Oceanographic Commission (IOC) focusing in the Global Sea Level Observing System (GLOSS) programme. Later, she spent a term at the Marine Technological Centre (CETMAR) in Vigo, Spain, framed in a number of European projects.

Belén joined Seascape Ltd in spring 2015 to provide support to the team of the EMODnet Secretariat and contribute her expertise to the H2020 AtlantOS project. She has currently a position at ECIMAT, University of Vigo, where she is taking care of projects related to EMBRC (the European Marine Biological Research Centre).

“The European Marine Data Seascape: how to stay afloat“

This talk will provide an overview of the current European Marine Data Landscape, composed by a myriad of institutions collecting, archiving, curating, processing, managing and delivering data, as well as extracting information from them. We will explain how and why all these institutions relate to each other at different levels: international, European, regional. We will also consider why it is important that researchers understand their own role in that complex landscape, and how this understanding can increase the impact of their research. In particular, we will describe the current change of paradigm  from the “Data belongs to scientists and only they can unravel their mysteries” to “Scientists hold data in usufruct and those data can have multiple purposes if they are shared”.  This change of paradigm is increasingly encouraged by European Institutions, and brings about undeniable advantages that we will explore during the talk. We will also look into concepts such as “Open Data”, “Democratization of information” or “FAIR principles” that are part of parcel of this new paradigm. Finally, we will focus on a few initiatives which are making marine data more accessible by the wider scientific and non-scientific community, and we will provide an example of a European Research Infrastructure built around Marine Biological Stations (EMBRC, European Marine Biological Resource Centre) which is currently fostering free exchange of knowledge through its different services, including a Transnational Access Program. 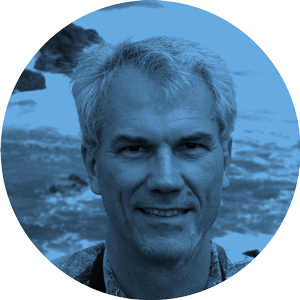 Professor Benner is a Fellow of the American Geophysical Union (AGU), the American Association for the Advancement of Science (AAAS) and Advancing the Sciences of Limnology & Oceanography (ASLO). He also holds an Einstein Professorship with the Chinese Academy of Sciences. His research on the origins, transformations and fates of dissolved organic carbon in the ocean is providing novel insights about bacterial contributions to this major reservoir of reduced carbon and the controls on carbon sequestration

Most of the fixed carbon in the ocean (640 Pg C) resides in small dissolved molecules that persist for centuries to millennia in seawater and sequester carbon dioxide from the atmosphere.  Why do these molecules persist in the ocean, and what are the controls on their remineralization?  This presentation will explore the origins and molecular properties of these molecules, as well as the biological and physiochemical processes that control the decomposition and conversion of these molecules to carbon dioxide.  Given this information, we will speculate about how climate change might impact the global ocean reservoir of refractory dissolved organic carbon. 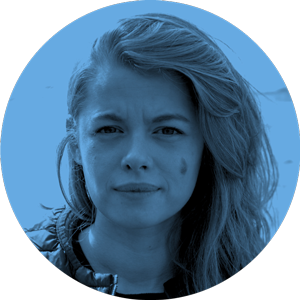 Imogen Napper is a National Geographic Sky Ocean Rescue Scholar. She developed her love of the ocean from a young age as she learned to sail and surf in her seaside hometown of Bristol, UK. Once she began noticing the effects of plastic contamination on beaches, her passion to be part of the solution arose. Imogen received a BS in Biomedical Science and an MS in Biotechnology. She recently finished her PhD in Marine Science at Plymouth University, focusing on the sources of plastic in marine environments.

Her work recently helped influence the ban of microbeads in cosmetics internationally. Her research was also the first research piece that specifically analysed different fabric types (such as polyester) to further understand how many plastic fibres come off during clothes washing. Her research found that up to 700,000 fibres could potentially come off from a single wash of acrylic clothing.